Trying to follow up perhaps one of the greatest films of all time in The Godfather must have been a somewhat daunting task. It’s almost a perfect film. Sure, it might have a few issues here and there, but they don’t in any way stop it from being a simply wonderful film in practically every way.

I’ve seen The Godfather a fair few times but for some reason had never got around to seeing Part 2, despite often hearing how amazing it is, with some even ranking it above the first. When Mark and Tyson announced this blogathon, it seemed like the perfect opportunity to finally check it out.

I’ll start by stating that I don’t think it’s as good the first, but it definitely is a contender for best sequel of all time (or at least of those that I’ve seen).

The plot for The Godfather Part II is something along these lines: After taking over as Don of the Corleone family crime syndicate, Michael Corleone (Al Pacino) looks to strengthen his position, both in the US and in Cuba. However, his ruthless search for power gains him many enemies both in his business and personal life. We also cut sporadically back in time to a young Vito Corleone (Robert De Niro), taking a look at how he initially rose to power as the Godfather.

The story of the young Vito Corleone is taken from sections of Mario Puzo’s book, whilst Michael’s story was written especially for the film by Puzo and director Francis Ford Coppola, and this is actually pretty clear in terms of tone. Vito Corleone’s sections do feel more akin to the first film, what with the Italian customs and locations, whereas the rest of the film has a different feel. It’s split between New York, Las Vegas, Cuba and a couple of other locations, helping to distinguish the past and the present and also to indicate a change in leadership and focus of the Corleone family operations. 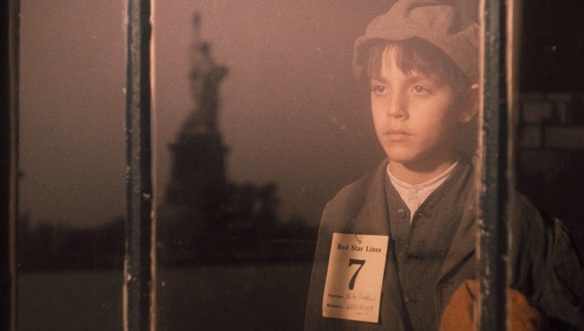 The main story is much more involved this time around, with Michael’s business dealings taking centre stage. However, it can be difficult to keep track of exactly what’s going on with the Corleone family, who its friends are, who’s gunning for them, and the potential consequences of its actions. It requires much more investment and attention this time around, and missing just a single line of conversation could set you back.

It’s so meticulous in its construction but that’s part of its genius. Even the smallest action can have the biggest consequence, and seeing how every piece of the puzzle falls into place is a sight to behold and a hugely accomplished piece of filmmaking.

One issue I had with the film, though, was the absence of a certain Mr Brando as Don Vito Corleone. He was the beating heart of the first film and the void left by him is a huge one. However, we do have a young Robert De Niro playing Vito in his early days, which brings me on to…

Replacing the great Marlon Brando was almost an impossible task. He rightly picked up an Oscar in 1973 (although he declined it) for portraying the Don, and finding someone to portray the younger Vito was always going to be vital to the success of the film. Coppola had toyed with the idea of actually bringing Brando back to play the younger character, feeling he could play any character at pretty much any age. However, he remember an audition from the casting of the first film of a young Robert De Niro, saw him in Mean Streets and instantly decided on him for the role having been so impressed with him.

Taking on the role, De Niro took on his famous method acting persona, moving to Sicily, learning the language, gaining and losing weight throughout the process and even wearing a smaller version of the mouth appliance Brando wore in The Godfather. He would show similar dedication in most of his roles, probably most notable in Raging Bull when he gained a then record 60 pounds to play boxer Jake LaMotta. 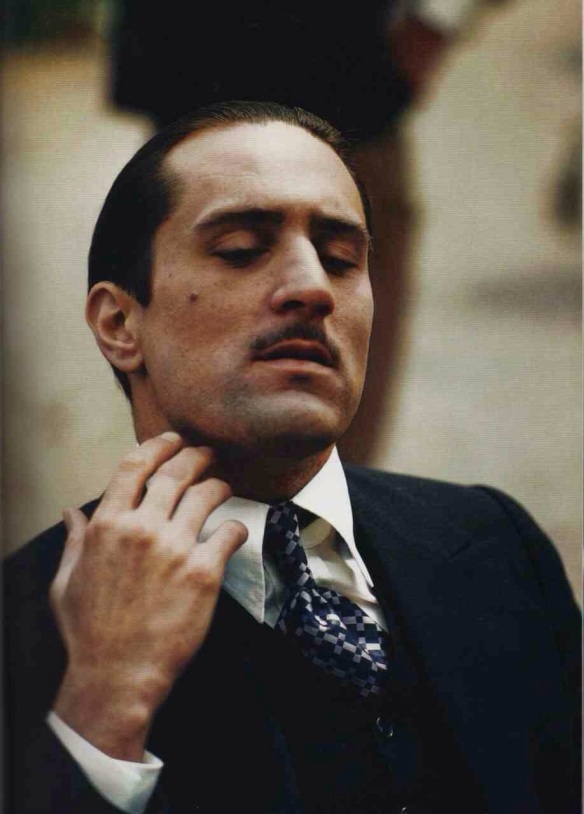 And it all paid off. For me, De Niro’s sections of the film are the most interesting and entertaining. We get to see more of the Italian life from the first film and his performance is near perfect. Most of his dialogue is in Sicilian and he exudes the same air of confidence and power that Brando did. The tics and mannerisms are present and correct and you can genuinely imagine him growing older to become Don Vito Corleone. In fact, I’d probably be happy watching an entire film of Bobby doing his thing.

De Niro would go on to win an Oscar for Best Actor In A Supporting Role, becoming one of only six actors to win an Academy Award for a role spoken primarily in a language other than English. Also, De Niro and Brando are the only two actors to receive an Oscar for portraying the same character.

Take De Niro and his sections out of the film and it undoubtedly harms it. Still a relatively new name at the time, The Godfather: Part II well and truly put him on the map and remains one of his standout performances even now.